Apple announced a new line of iPads on Tuesday at the Yerba Buena Center for the Arts Theater in San Francisco — the iPad Air and second-generation iPad mini.
Apple CEO Tim Cook kicked off the event saying, “You’re going to see some amazing products this morning.”

The iPad Air is 43 percent thinner than the previous generation at 7.5 mm thin and weighs 1 pound. Inside the iPad Air runs on Apple’s A7 chip, has a 64-bit desktop architecture, includes the M7 chip that was introduced with the iPhone 5S.

Apple’s new iPad will have a 5 megapixel camera, 1080p HD video and keep the 9.7-inch Retina display. The iPad Air will replace the full-sized iPad, but Apple will still make the iPad 2 available for $399. The iPad Air goes on sale Nov. 1, starting at $499 for a 16 GB model.

The iPad mini now comes with Retina display at 2,048 x 1,536 pixel resolution, an A7 chip and will be priced starting at $399 for a 16 GB model. Apple says it will be available in November. Both iPads come in silver and space gray. Apple says that the iPad has an 81 percent share of the tablet market. Cook said of the device, “iPad is used more than any other tablet.”  Iconic Apple programs like Garage Band and iPhoto in the iLife suite has been upgraded and will now be available for free with the purchase of any new Mac or iOS device. 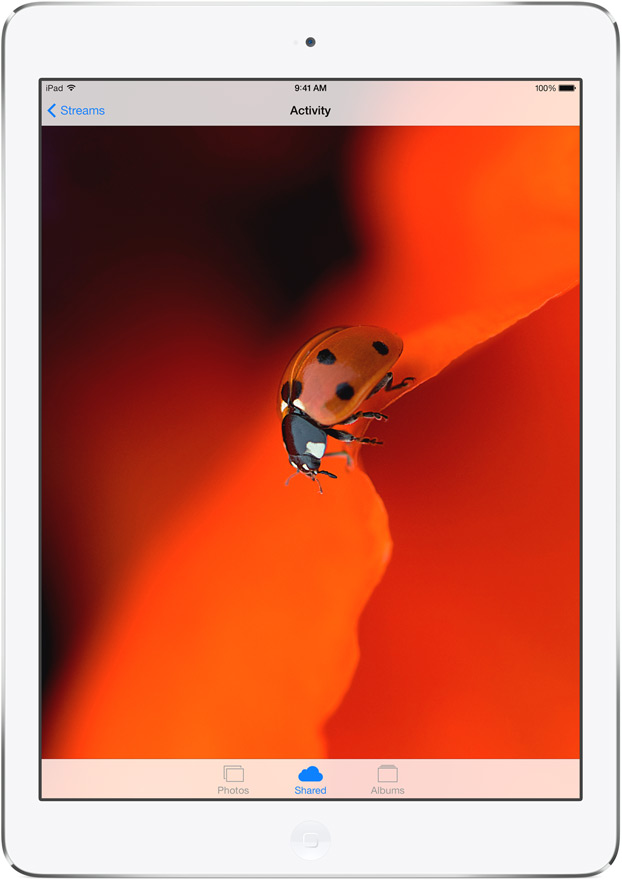 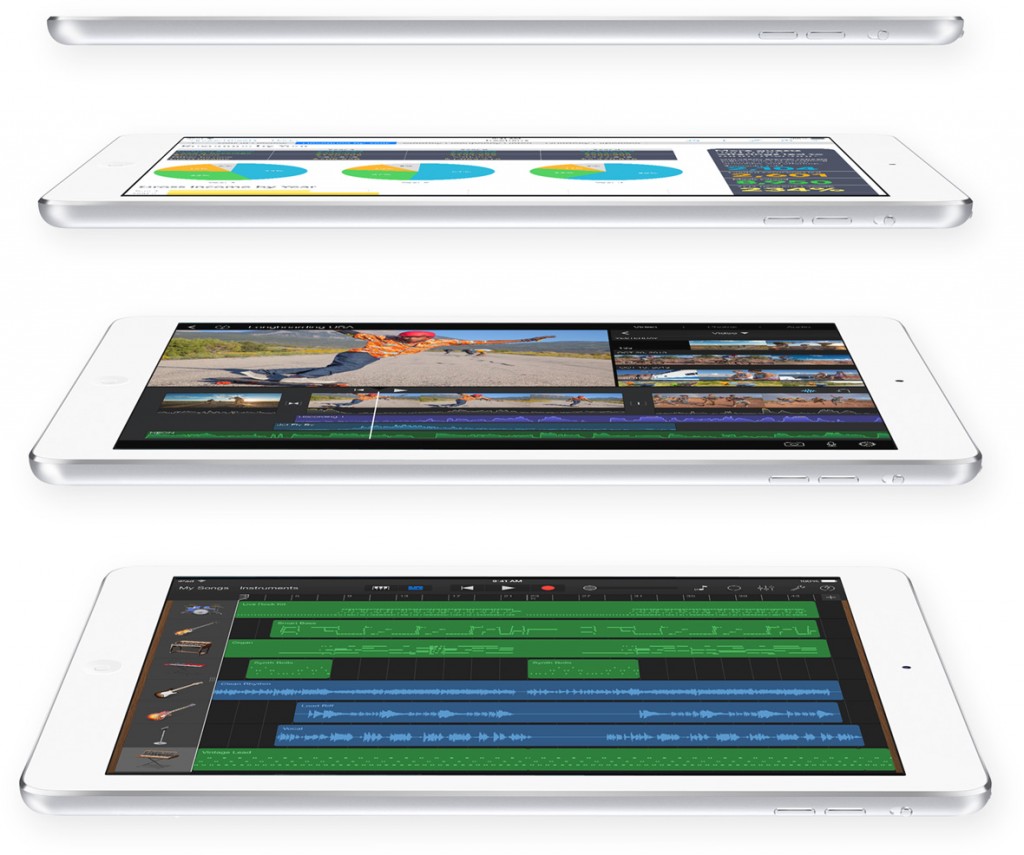 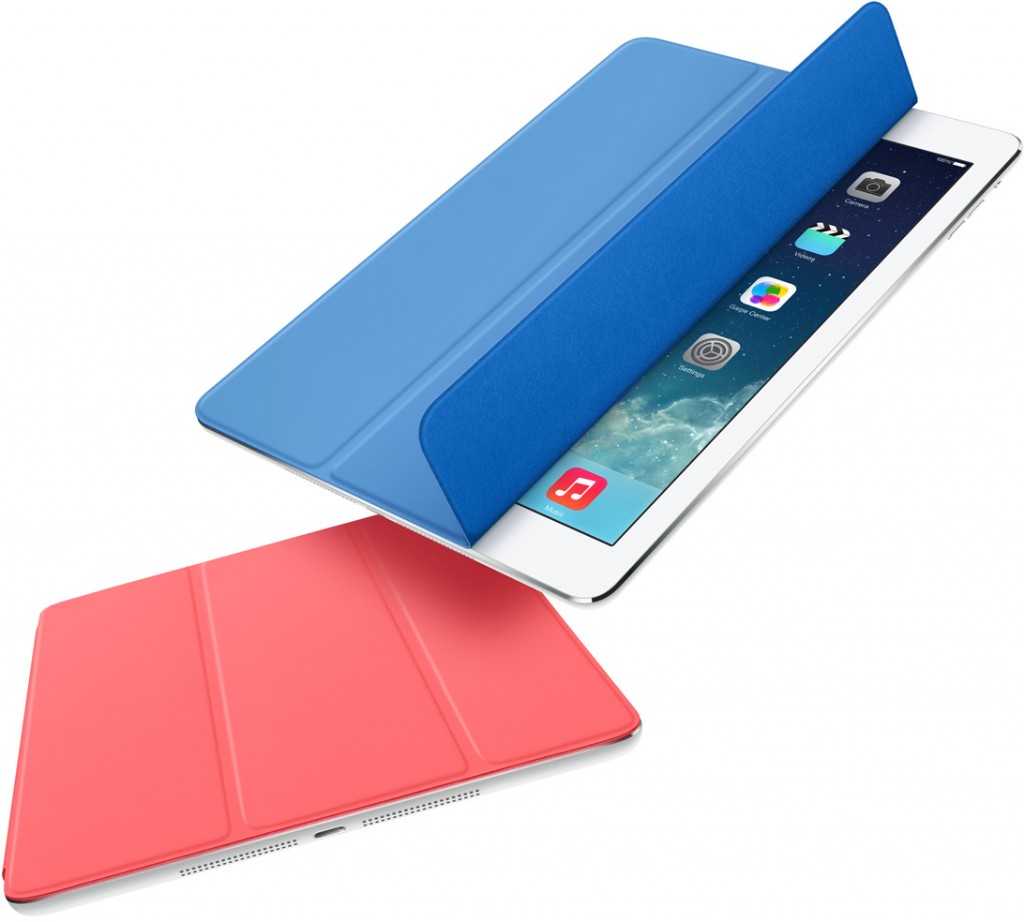 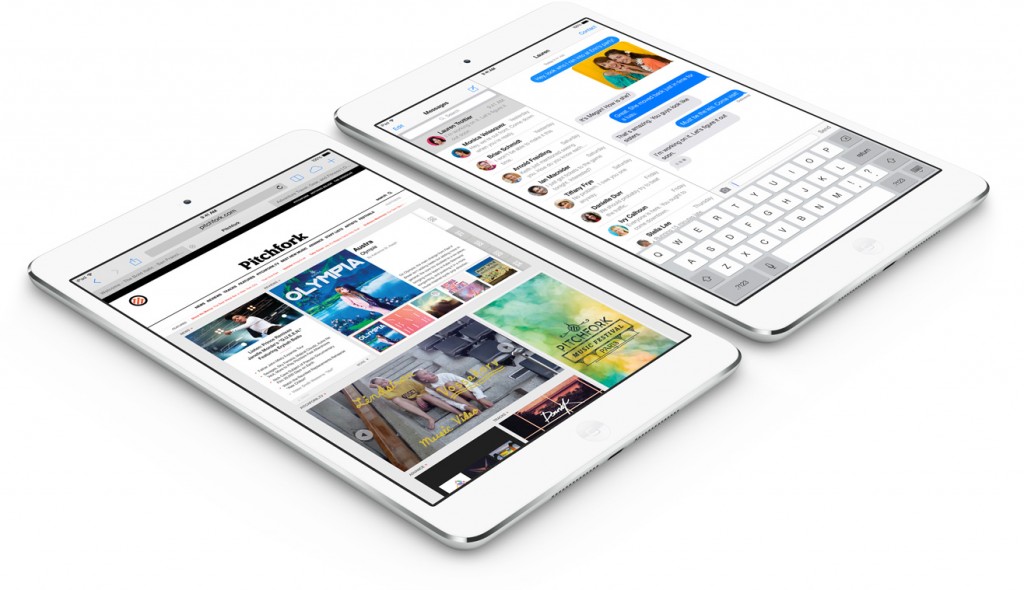