Marvel and Disney have announced a new Creativity Studio app and its accompanying stylus for the budding comic-artist or ultimate Marvel fan. The new app and stylus are the are a collaboration between Marvel and eKids and is considered a tool for those young imaginations out there eagerly wanting to learn how to draw some of their favorite heroes such as: The X-Men, Fantastic Four, The Avengers and Spider-Man. Disney even updated their own Creativity Studio app so you can use the stylus, which retails for $35, to draw Disney characters too. The Marvel Creativity Studio app is Free and is found through the Apple App Store. And the stylus pen is sold in major retail stores and there is also a deluxe version with limited edition zippered carrying case. For a look at how the app works check out a demo of the Disney Creativity Studio app below.

Catch the full press release below.

GLENDALE, Calif.–(BUSINESS WIRE)–Disney Consumer Products (DCP) and Marvel Entertainment today announced the launch of the Marvel Creativity Studio Stylus and App, created by eKids, exclusively for iPad. The app delivers a creative space for kids to learn to draw, color and animate their favorite Marvel Super Heroes and villains from Avengers Assemble, The Ultimate Spider-Man and Hulk and the Agents of S.M.A.S.H., while the stylus adds special and enhanced play value. 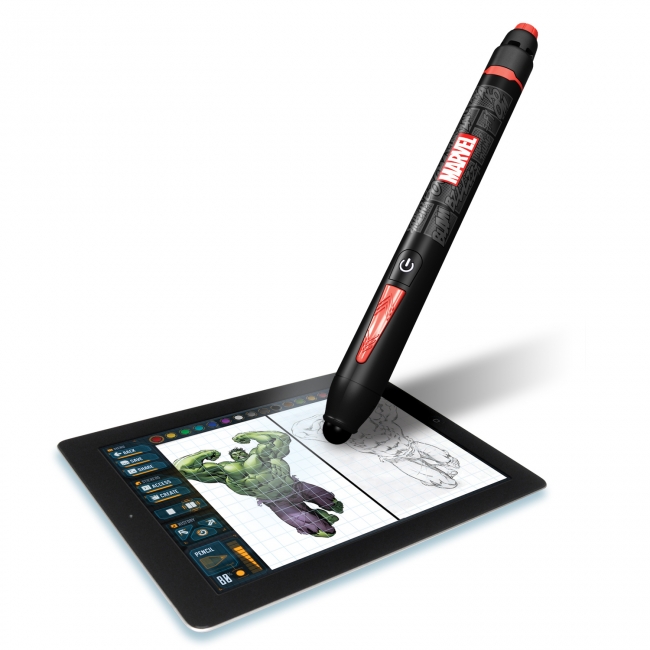