The new lineup includes three different motorcycles, two of the models are electric. Classic E-Bike is one of the electric version and it seem heavily influenced by American board racing bikes from the early 1990’s, the second electronic concept  is call Carbon E-Bike and from the name and looking at it you can quite easily spot the F1 influence. Both of the electronic bikes will be powered by a 36-volt, 250-watt Panasonic motor which will apply power to the rear wheel via Shimano’s Nexus eight-speed hub gear.
The third bike is the  Caterham Brutus 750 motorcycle, described as the “SUV of motorcycles”  it’s actually a street bike, but also an off-roader to transform into a fully capable snowmobile (after a four hour conversion process).  The 750 will include 750cc, Single Cylinder, Liquid-cooled, DOHC, 4 valves and a Continuous Variable Transmission.

Caterham plans on starting production next Spring, and has stressed that creating affordable 2-wheeler is of the utmost importance. 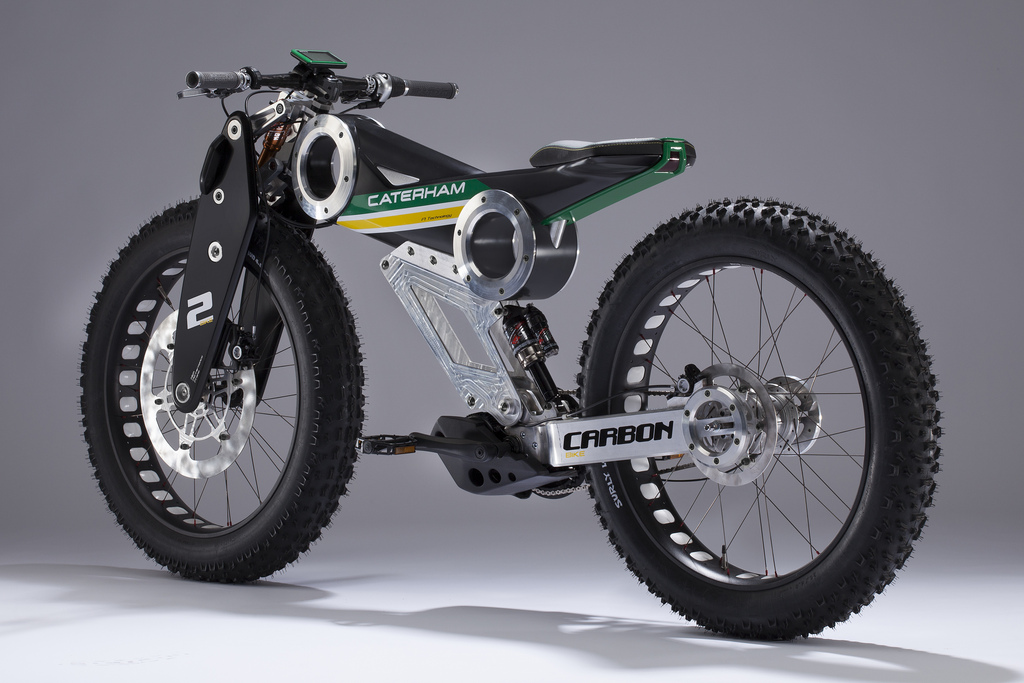 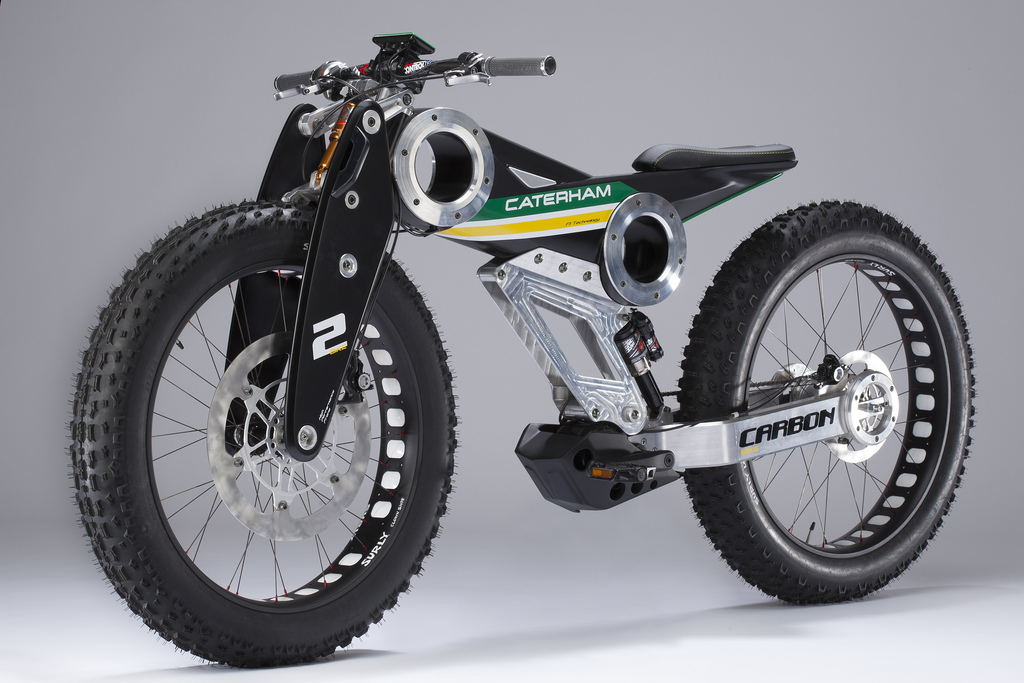 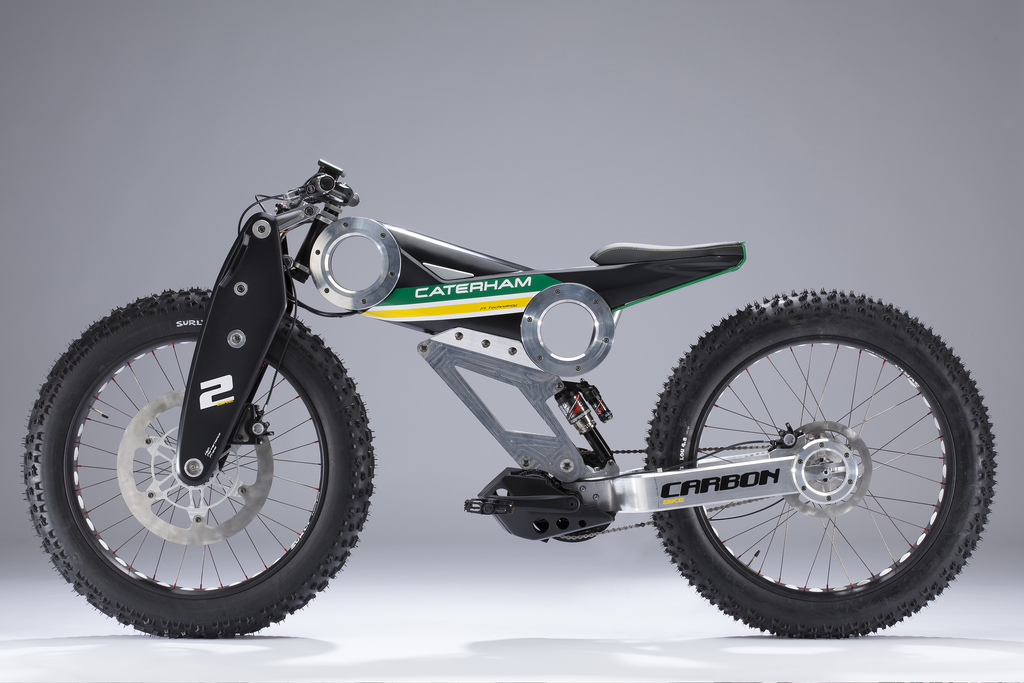 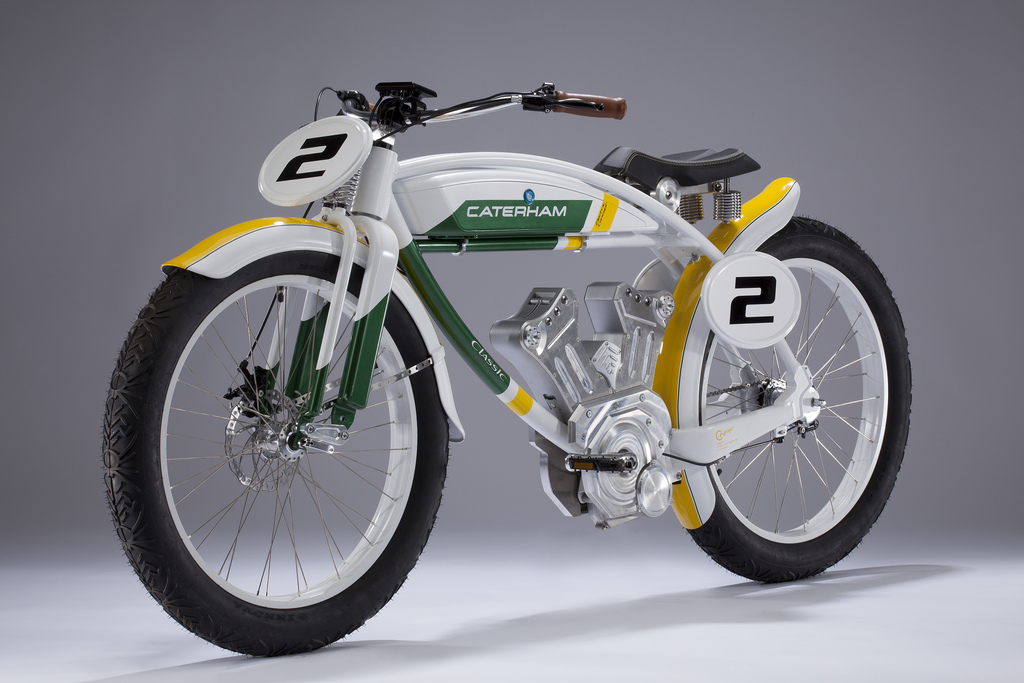 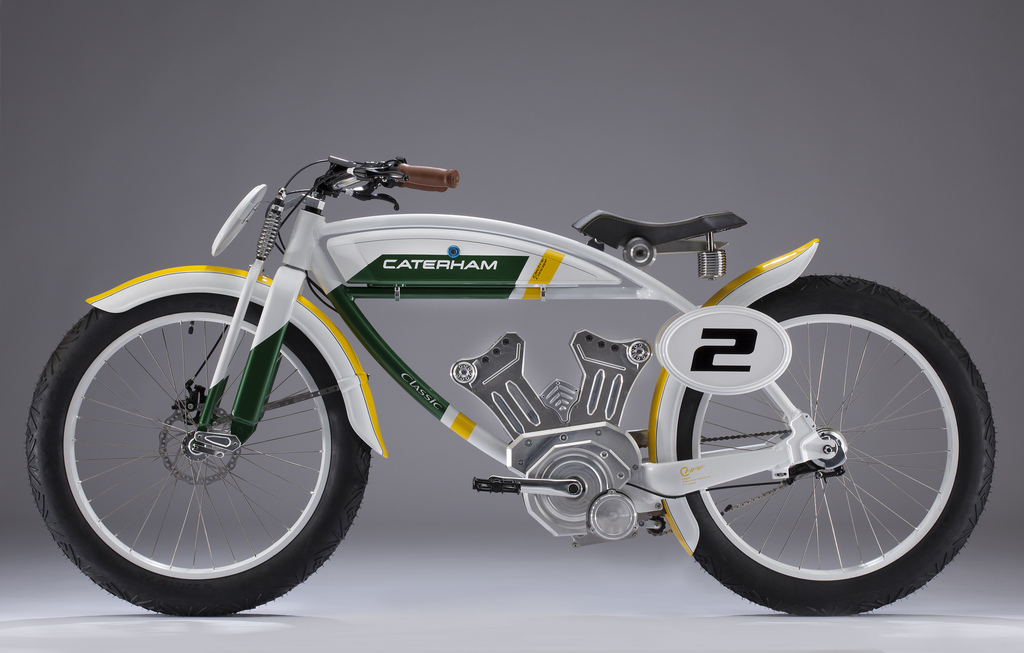 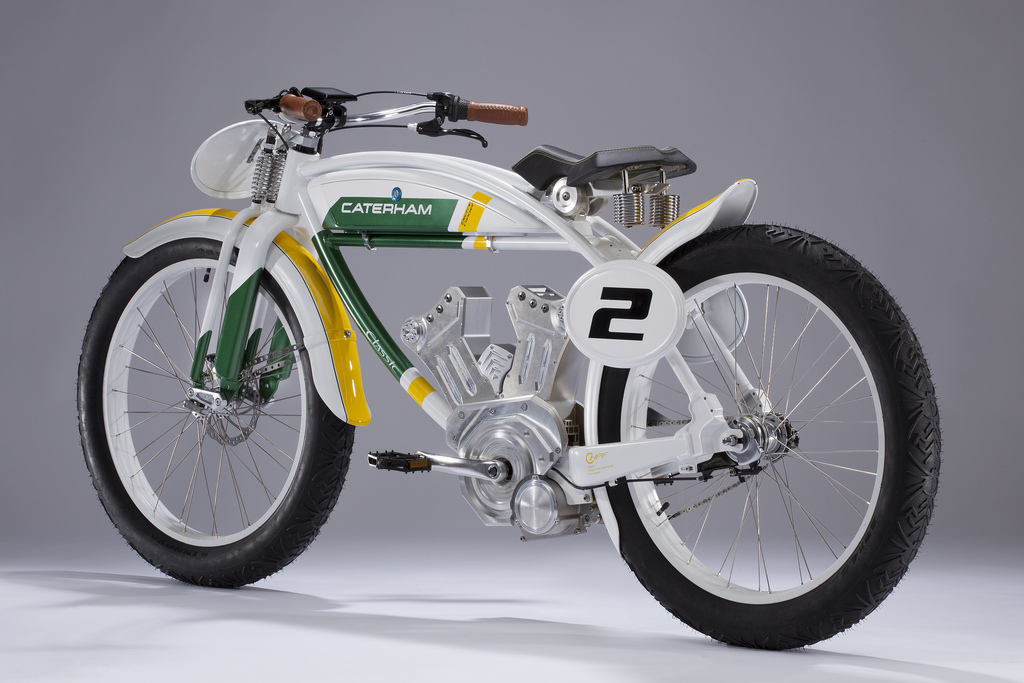 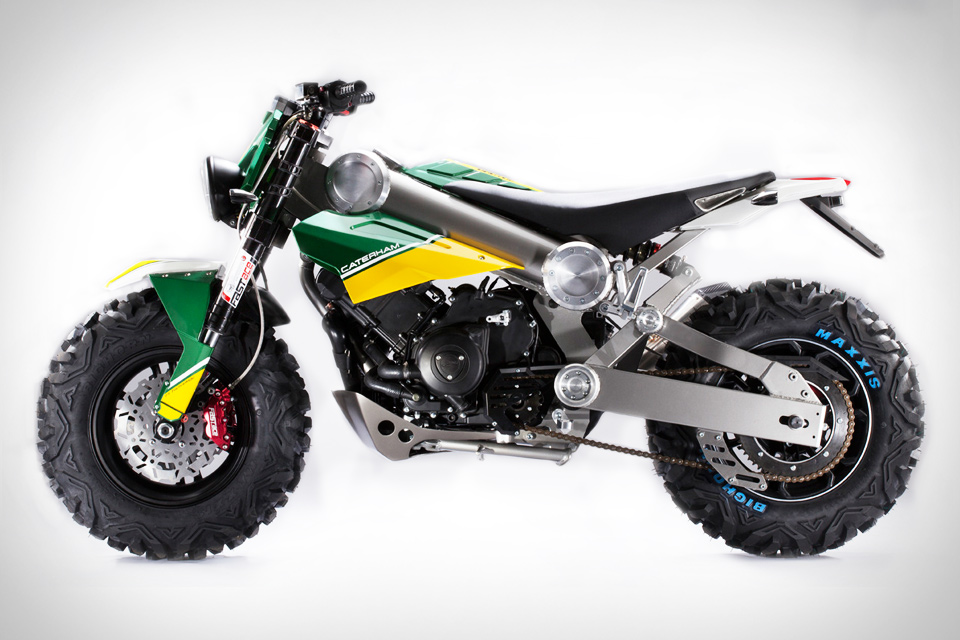 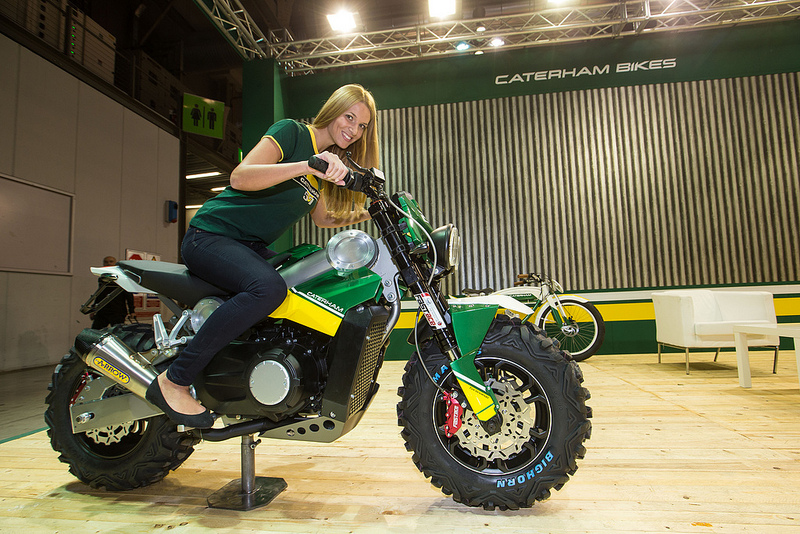 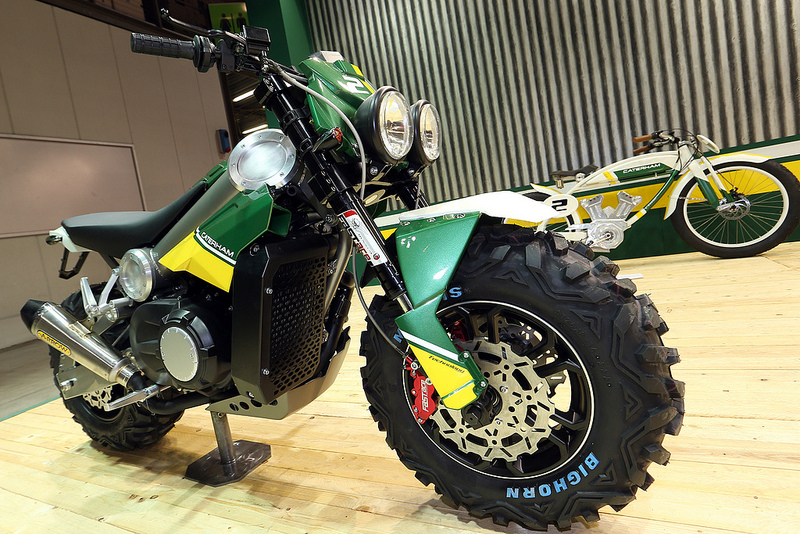