With the recent release of the Mercedes CLA, we thought the C -Class  was on the chopping block, that’s clearly not true after all its Mercedes top-selling model line, since introducing the current C-Class in 2007, Mercedes has sold close to  2 and a half million of them around the world. And now the the 4-door luxury sedan has been  upgraded, the new C class  with it’s  S class design lines dropped about 220 pounds from its previous generation, added more luxury features and tech gadgetry, that along with more horse  power – The C-class will be available in 2 different models (C300 and C400) when it hits the U.S. market next year with an all-wheel drive 4Matic drivetrains ofr both options. The C300 will be outfitted with a turbo-charged 2.0 liter four cylinder engine pushing out 235 horsepower and 273 pound-feet of torque, and the C400 4Matic with a 3.0-liter turbo V6 offering up 329 hp and 354 lb-ft of torque,  both models will include  seven-speed automatic transmission and 4Matic all-wheel drive.   Mercedes hasn’t indicated pricing yet, we expect it will be announced closer to launch. 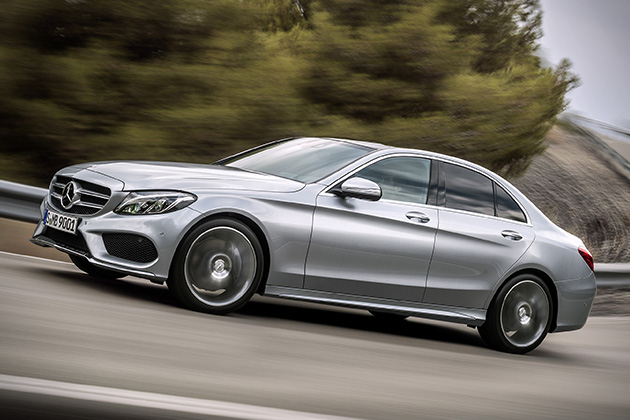 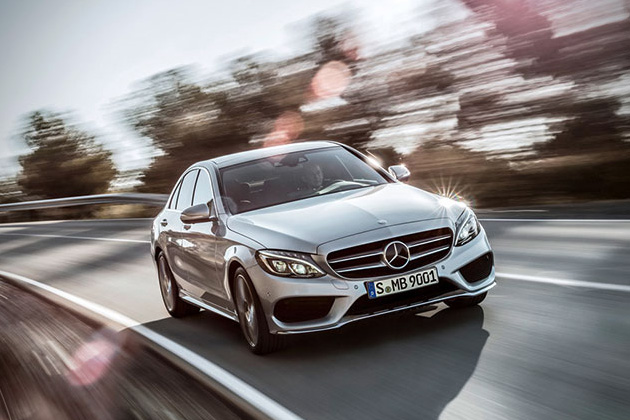 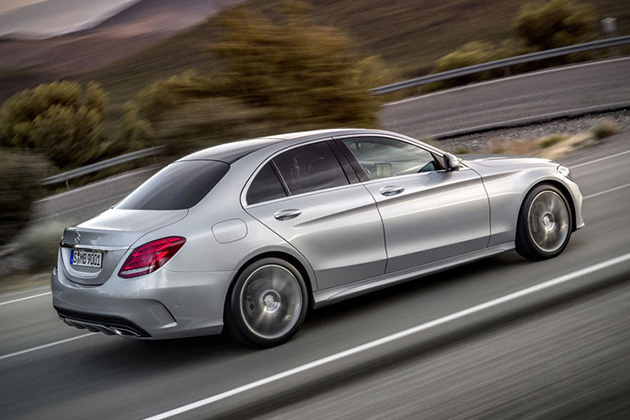 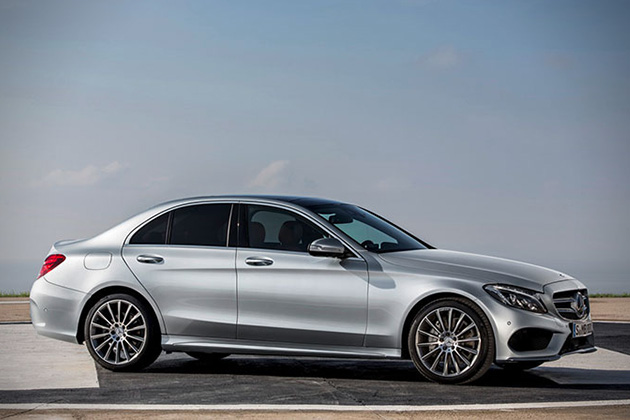