In 2011 Studio Total a Swedish company  released their limited edition  of the handmade  first batch of  WOS   (Wall of Sounds) which sold out in day.  Recently Studio Total released  second bath of the WOS 2.0, which is even more powerful, it is considered to be the most powerful single speaker for the iPhone on the market today. With 44 separate speaker elements plus four mega powerful sub woofer and it weight about 178 kilos,  and dimension at 100mm x 1700mm  x 400mm. The entire  system can produce 130dB (measured in decibels).  The WOS is controlled by app, downloadable for free in app store. It not only lets you stream  directly to the WOS, it helps you set the perfect settings which connects to the WOS via Bluetooth. 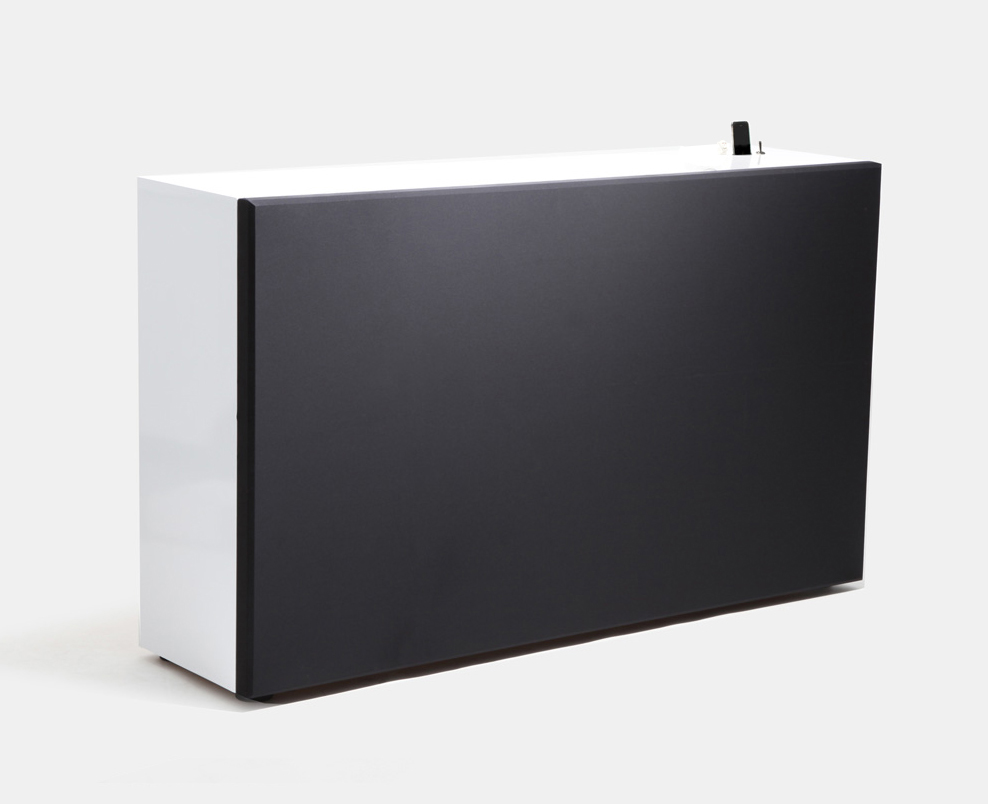