We’re probably going to see a lot of even smaller Windows 8 tablets as Intel Haswell chips enable more battery-friendly designs. But the Acer Aspire P3, announced at Acer’s global press conference in New York, isn’t one of those products yet. It’s got a current-gen set of features like tablets we’ve already seen, in a very familiar design.

An “ultrabook convertible” according to Acer, the Aspire P3 looks like, and is, a Windows 8 tablet with a keyboard cover. The two parts integrate in a way that resembles a lot of iPad-plus-keyboard-cover solutions. It’s really an 11-inch tablet with a keyboard case. The case snaps on the same way that many keyboard cases already do in the Android/iPad landscape, with no physical connectors: it’s all Bluetooth-mediated. An optional stylus can sit in a little loop on the case, which has a very fabric/plastic feel.

There’s no touch pad below the keyboard, either. To me, that’s a downside, but at least the P3 can flip around to tablet mode or prop into laptop mode without popping out of the case.

The best part of the Aspire P3 is its price: $799, which undercuts some of the competition. It’s available now, according to Acer. But with so many other Windows 8 tablets on the horizon, now might be a better time to wait and see what comes next. 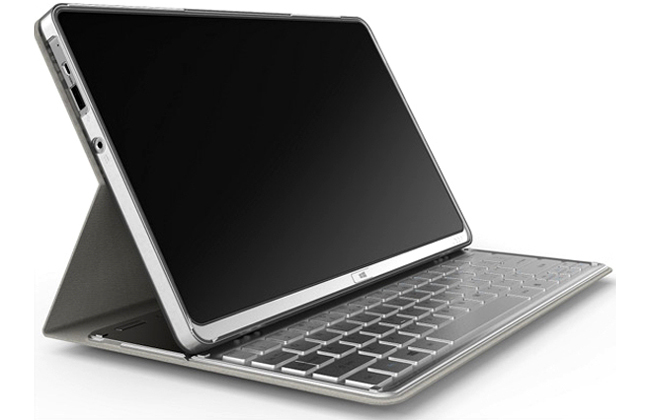 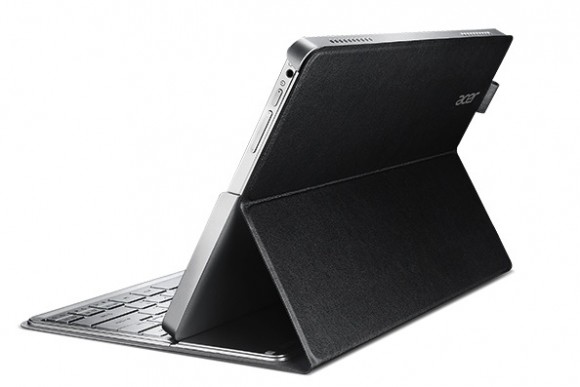 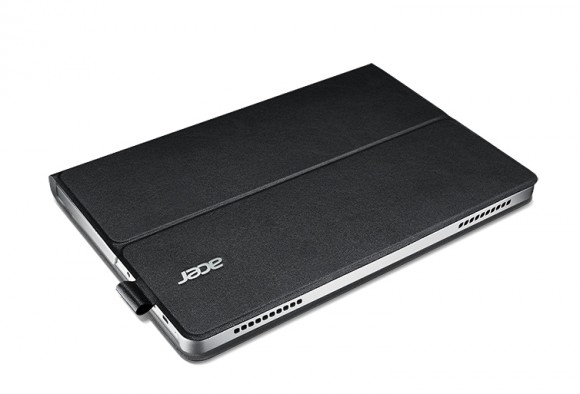 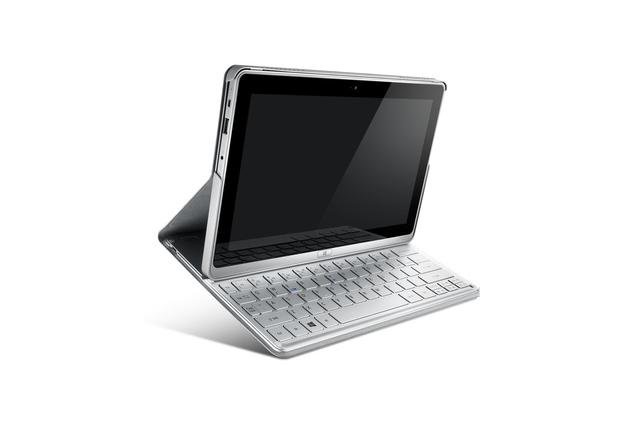 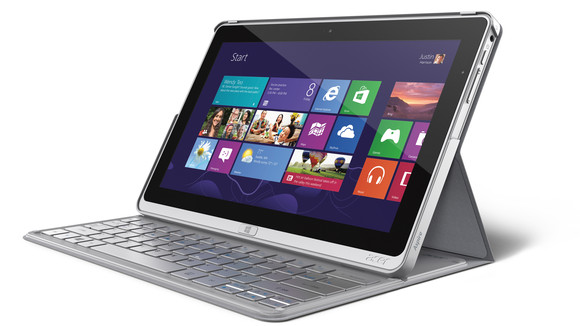 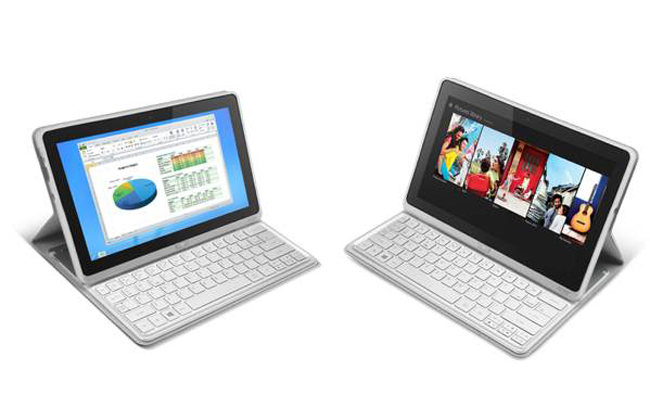