Apple’s (AAPL) vision of a hybrid device that combines a touchscreen tablet and a notebook computer has finally been revealed — and it looks a whole lot like dozens of devices that are already on the market. Patently Apple recently dug up a newly published patent that details at least one route Apple may take if it ever decides to launch such a product. And while the hybrid device is novel in some regards, it also closely resembles a number of devices that have been widely available for years now.

“Apple finally reveals their hybrid notebook-tablet device,” Patently Apple’s Jack Purcher wrote. ”Apple states that their invention may take the form of a computing device including a base and a display selectively removable from the base. When connected or coupled to the base, the display may be rotatable and may pivot from an open position to a closed position. When disconnected or decoupled from the base, the display may be positioned in substantially any manner suitable by the user for viewing the display.”

While Apple’s vision may include various underlying technologies that are not found in currently available devices — for example, the patent describes a system that would transfer power wirelessly between the device’s base and display when the two are detached — the concept, pictured below, is very familiar.

Convertible notebooks like Asus’ Transformer line and Hewlett-Packard’s (HPQ) Envy X2 are two examples of a device category that has existed for years. Many Apple fans have been clamoring for a touch-enabled Mac tablet for years though, so a MacBook device like the one described in Apple’s patent would likely be welcomed with open arms. 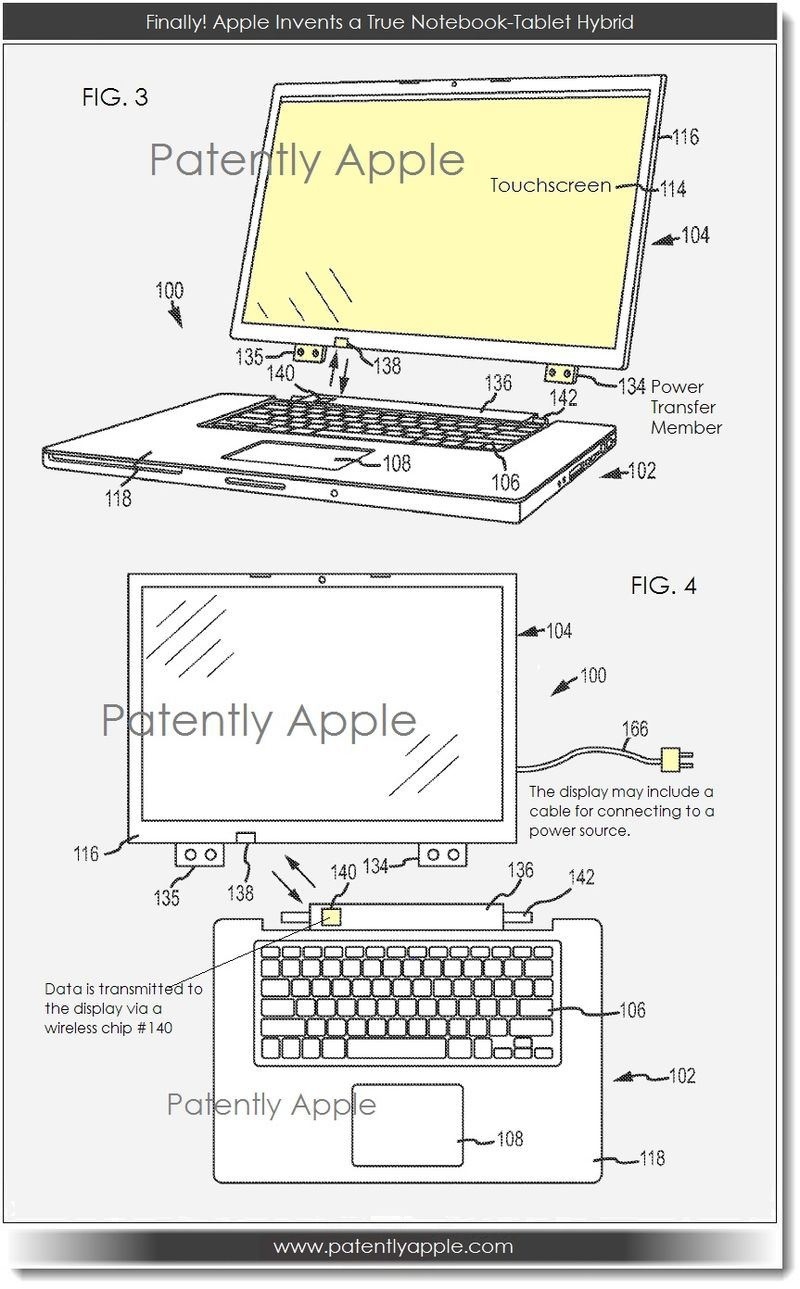