Google’s next generation Nexus handset aka the Nexus 5, has been launched alongside the 4.4 update for the Android OS aka KitKat.  Although it bears a lot of resemblance to the Nexus 4, also manufactured by LG, there few hardware upgrades.

LG gone with the traditional polycarbonate,  matt black or white finish, they managed to shave of few millimeters to 8.6mm in depth. (The Nexus 4 was 9.1mm) Th new Nexus 5 weighs only 130g,  bit little lighter than its older Nexus 4. The TrueHD IPS Plus display type is still in play but evolved to a full HD (1080p) resolution and increased in size to 4.95-inches with Corning Gorilla Glass 3 in it’s slightly longer, broader shell. Under the hood includes A Qualcomm Snapdragon 800 Chipset with a Kriat 400 processor clocked in at 2.3 GHz and an Adreno 330 GPU, 2 Gigs of RAM. The Nexus 5 will be available  in 16/32GB capacities.  starting at $349 for the 16GB edition and $399 for the 32GB veriosn and will be available soon at the following retailers: Sprint, T-Mobile, Amazon, Best Buy and RadioShack. See Nexus 5 Homepage. 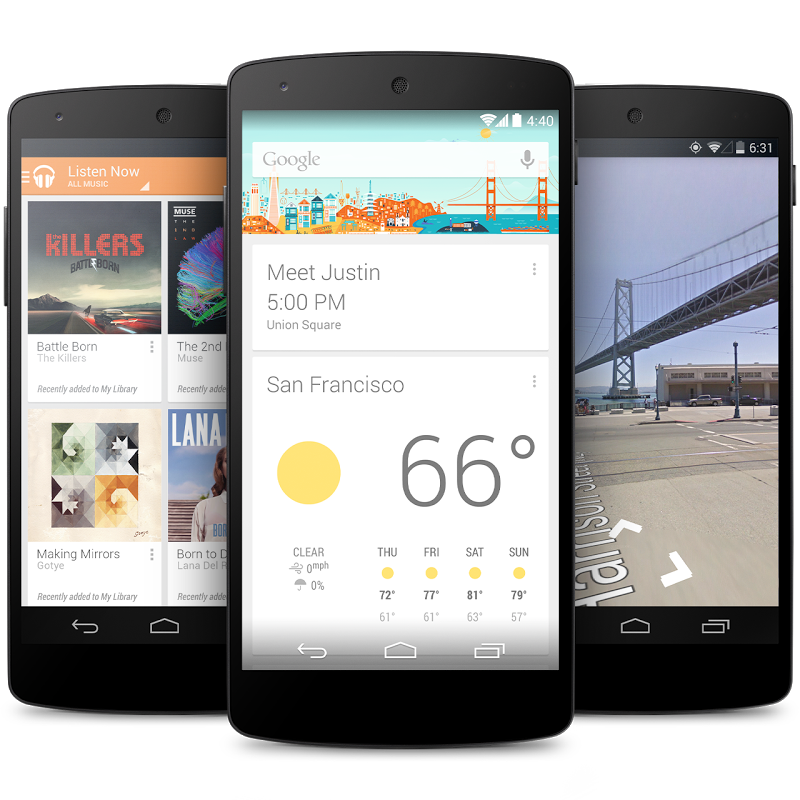 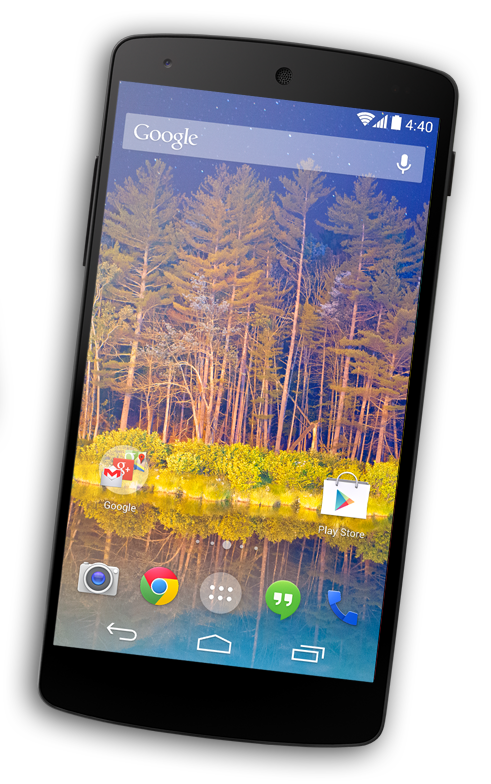 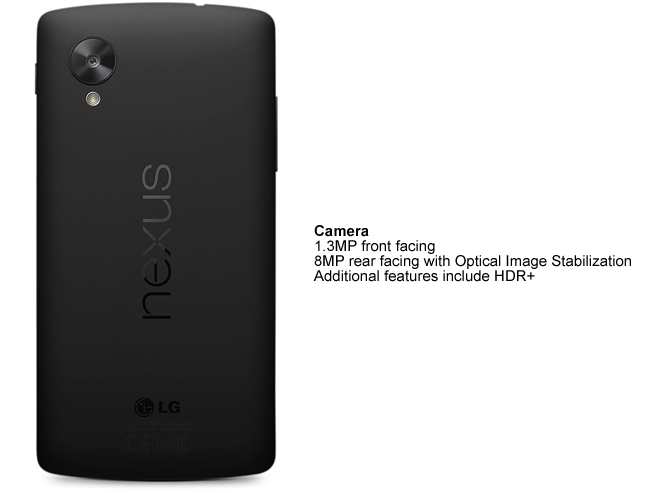 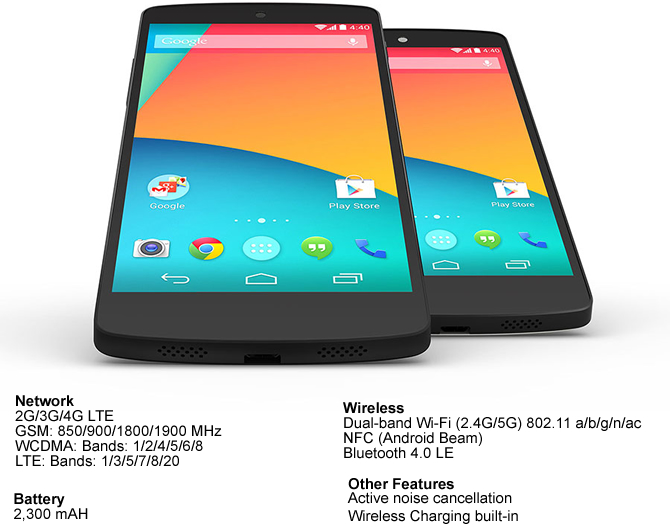 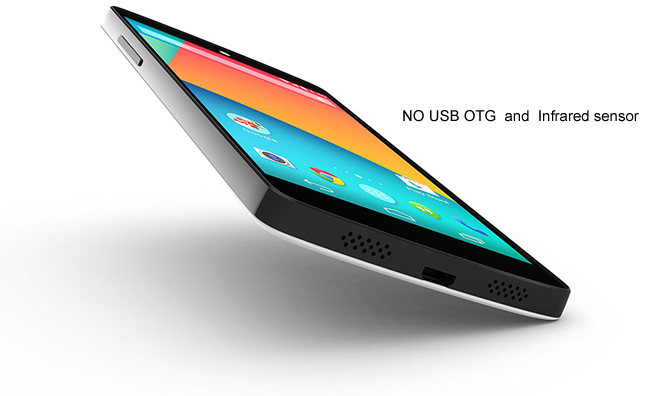 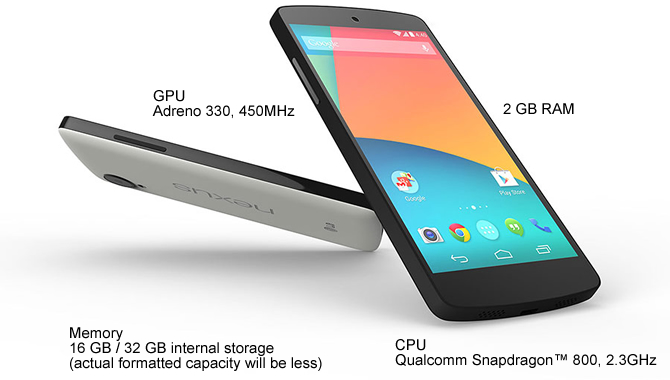