Samsung  introduced a brand new Crystal Edition of the last year’s Galaxy S III mini smartphone, contrary to the gold, champion and even crayola colors edition (internal joke) all the other major smartphone manufactures launched.  The new crystal edition was designed to cater to the ladies and  is headed to the German market only.

The Samsung Galaxy S III mini Crystal Edition is equipped with a 4.0 Super AMOLED display with a 480 x 800 pixel resolution. It features a dual-core 1GHz Cortex-A9 processor to run Android Jelly Bean, and a 5 megapixel camera. Connectivity features include Wi-Fi with all the trimmings (DLNA, Dual Band, Direct, Hot Spot), Bluetooth 4.0 and GPS with GLONASS and A-GPS Support. The specs are identical to the standard handset, but comes with 166 Swarovski crystals embedded into its battery cover.

The Crystal Edition version of the SIII Mini will be priced at approximately $403 (€299) when it hit’s Germany. 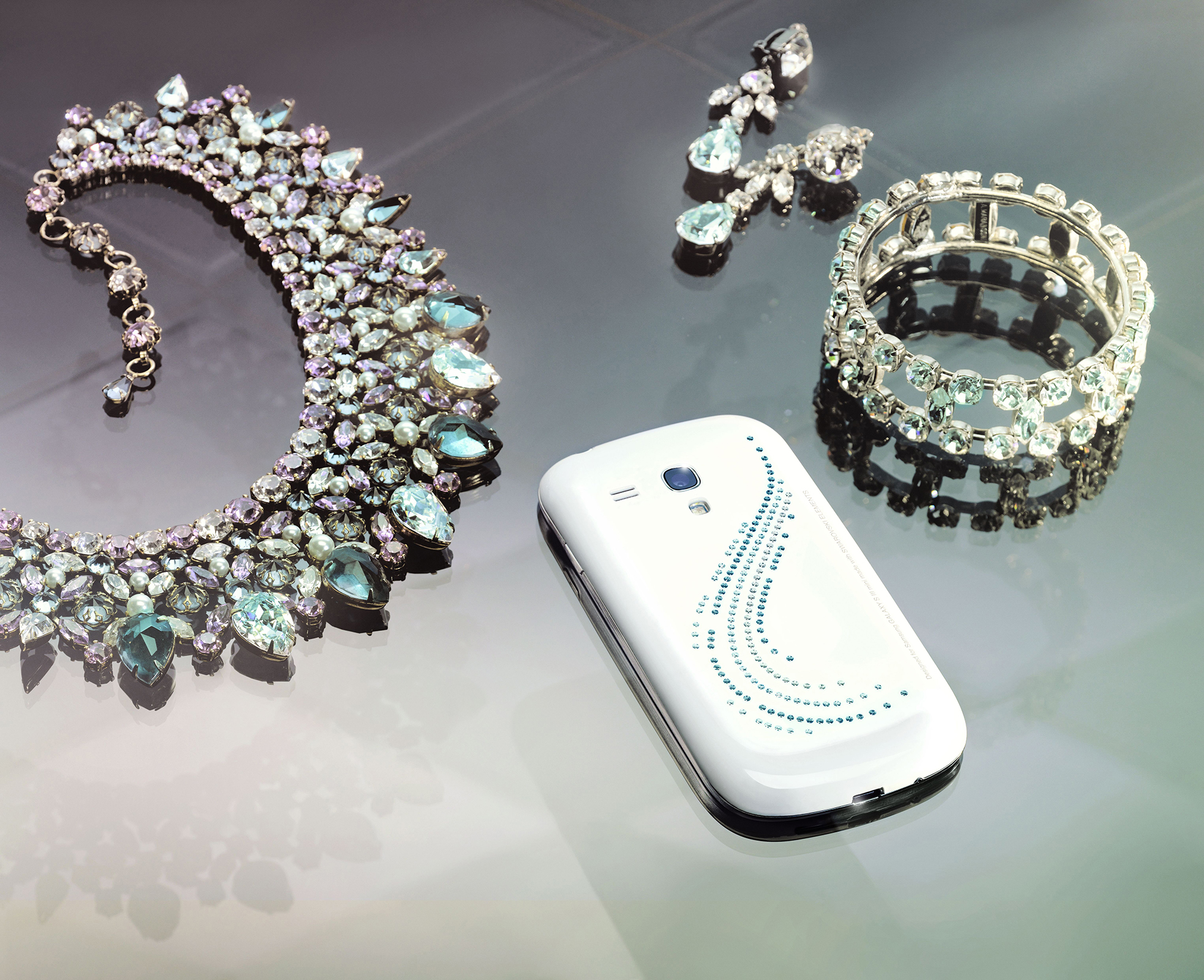