The McLaren P1 is a  hybrid supercar by English automotive manufacturer McLaren Automotive. The concept car debuted at the 2012 Paris Motor Show., and is considered to be the long-awaited McLaren F1 successor, utilizing hybrid power and Formula 1 technology. The P1’s styling is influenced by the McLaren MP4-12C but with added body panels to make the car look aggressive. It will not have the same three seat layout as its predecessor, the McLaren F1. The design of the headlights is also reminiscent of the McLaren logo.

As with the McLaren F1 road car of 1992, the McLaren P1 is a rear-wheel drive, mid-engine design that uses a carbon fibre monocoque and roof structure safety cage concept called MonoCage, which is a development of the MonoCell used in the current MP4-12C and MP4-12C Spider upgrade that came out in early 2012.

The P1 features a heavily revised version of the 3.8-litre twin-turbo V8 petrol engine used in the MP4-12C, tuned to 727 bhp. The engine is combined with a highly effective KERS electric motor that produces 176 bhp. The hybrid powertrain is connected to a 7 speed dual-clutch transmission, and will give a total power output of 916PS (903 bhp) at 7500 rpm and a maximum torque figure of 900Nm (664 lb ft). The powertrain can run using either the petrol V8 by itself or with the electric motor. The electric motor can be used to power the car on its own, with an all-electric range up 20 km (12 mi) at an average speed of 50 km/h (31 mph). Power for the electric motor is stored in a high density battery pack located behind the cabin. The battery can be charged by the engine or through plug in-equipment, and can fully charge in two hours. The P1 comes with two Formula 1 derived features: The Instant Power Assist System (IPAS) will give an instant boost in horsepower to the petrol engine via the electric motor. The car also comes with a Drag Reduction System (DRS), which operates the car’s rear wing. Both of these features are operated by two buttons on the steering wheel. It is capable of 385 km/h (239 mph), but is electronically limited to 349 km/h (217 mph). The P1 will go from 0 to 100 km/h (62 mph) in less than 3 seconds, 0 to 200 km/h (120 mph) under 7 seconds, and 0 to 300 km/h (190 mph) will be achieved in no more than 17 seconds, making it 5 seconds faster than the legendary McLaren F1. It does this with its set of Pirelli P-Zero Corsa tyres and can brake quickly with specially developed carbon-ceramic brakes from Akebono. 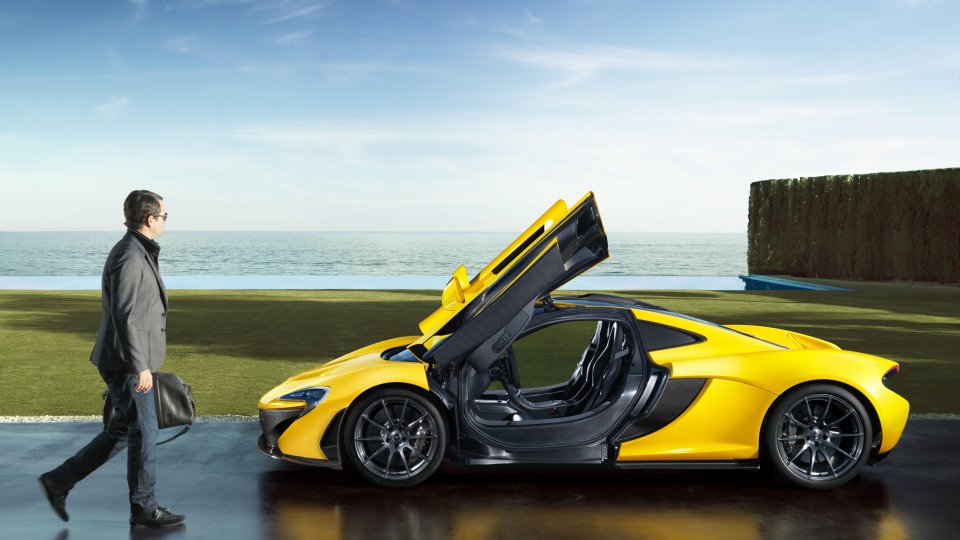 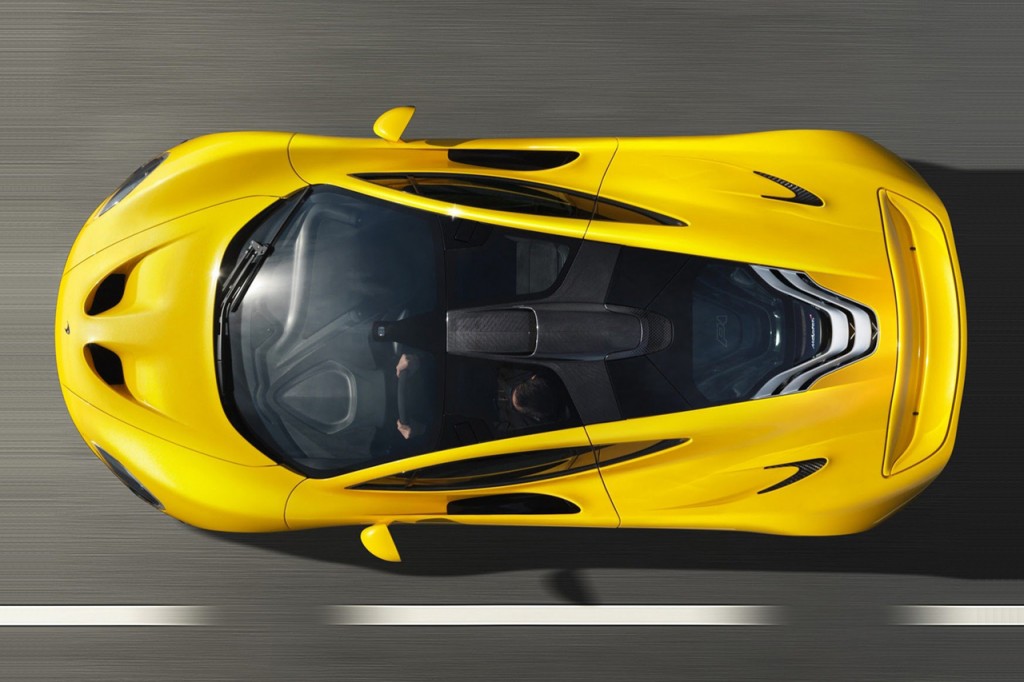 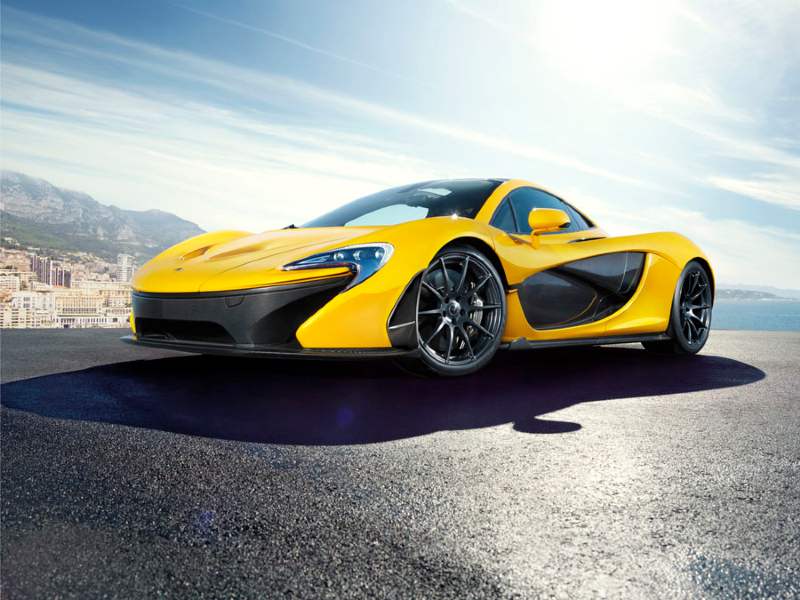 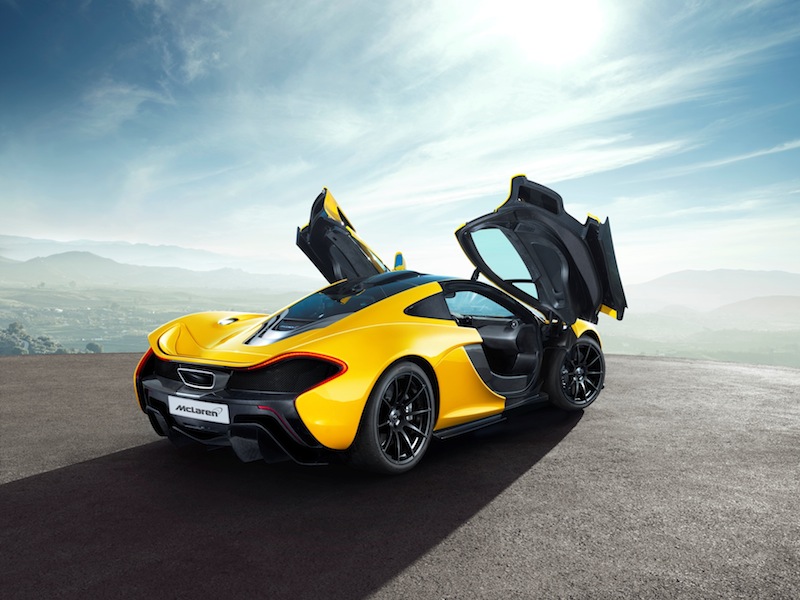 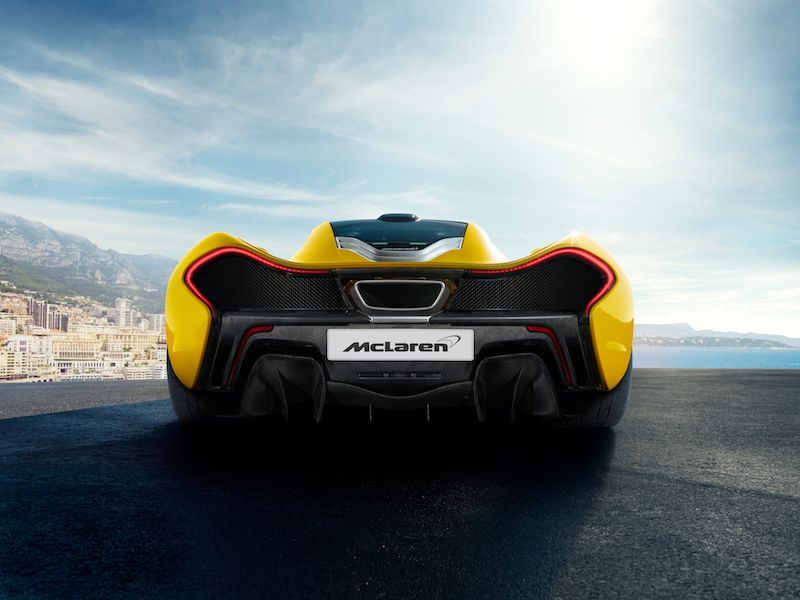 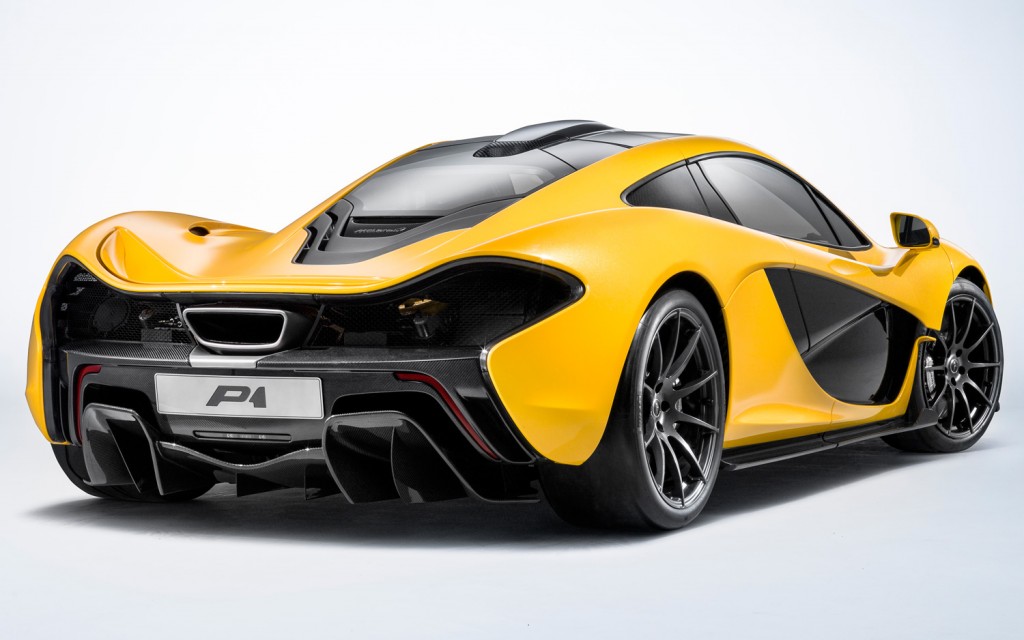